In medieval music, the rhythmic modes were set patterns of long and short rhythms. The value of the note is not determined by the appearance of it like modern day notes. But rather by its’ position within a group of notes. 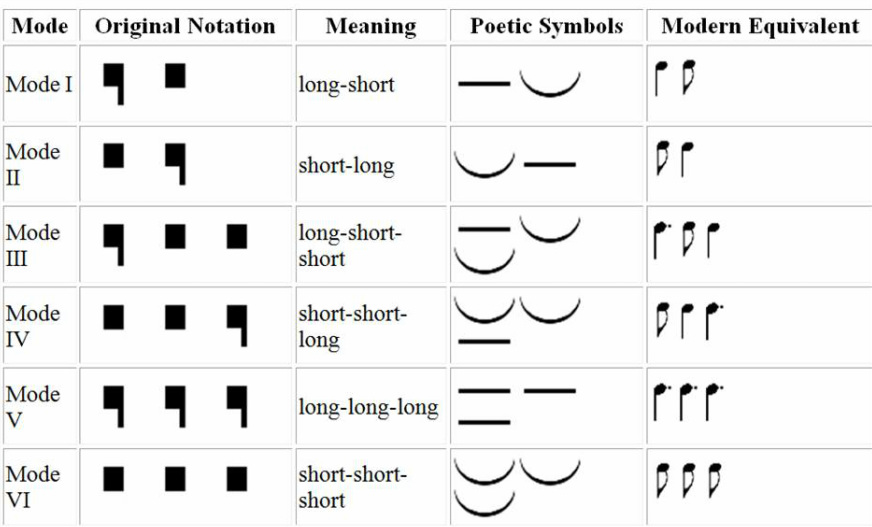 The way you can figure out which mode is which is determined by where the accent is on the notes. The early notation of the time grouped individual pitches within compound signals known as ligatures, and the intended rhythms were indicated by standardized ligature patterns rather than by individualized note shapes. The modes also tended to change throughout the music whenever it wanted to needed to.